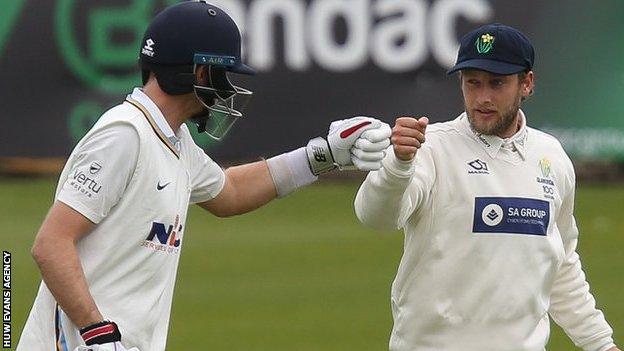 Fourteen wickets fell during the day as Glamorgan were bowled out for just 149 in their first innings.

Play was called off for bad light at around 17.30 BST, adding further frustration after play was abandoned without a ball bowled on the first day.

Marnus Labuschagne fell for just 10 after some smart wicket-keeping tactics from debutant Harry Duke, standing up to the stumps to force the Australian back in his crease to be pinned lbw.