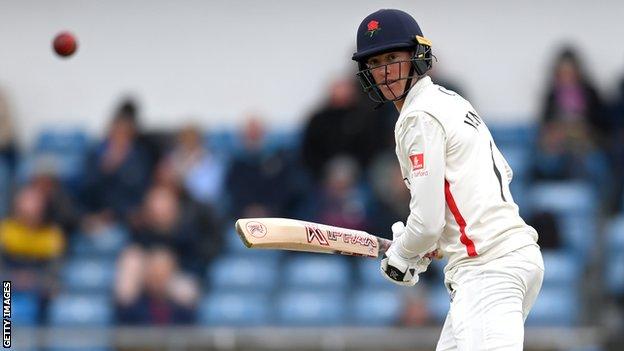 Keaton Jennings completed a superb 238 to record Lancashire’s highest individual score in a Roses match during another dominant day against Yorkshire at Headingley.

The left-handed opener’s third career double century and his second against Yorkshire underpinned his side’s mammoth total of 566-9 declared on day two of the County Championship Division One match.

Having resumed on an overnight 288-3, the Red Rose punished sloppy fielding from Yorkshire who dropped a series of catches, including Jennings four times.

Lancashire declared after tea with their highest Roses total on the board before Yorkshire reached closed on 53-2.

County Championship: Yorkshire beat Somerset by an innings and 33 runs