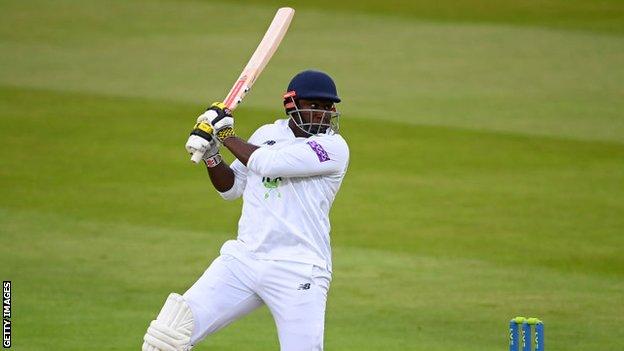 Hampshire wrapped up a seven-wicket win after Middlesex collapsed on day three at Lord’s.

Hants wobbled after a rain delay, but Ian Holland (22) and Sam Northeast (18 not out) took them across the line.

Hampshire’s third win of the season moved them level on points with second-place Somerset in Group B, while Middlesex remained second-bottom, just four points above Leicestershire after a fifth defeat in six matches.

Bowlers had been firmly in charge for…