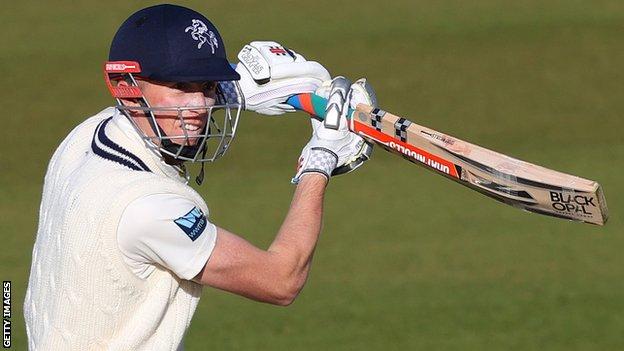 Kent secured Division One survival with a classy batting display against Somerset at Canterbury.

After resuming on 195-9, the visitors lost their final wicket for the addition of just seven runs on the second morning.

Kent then turned the screw as Zak Crawley and Tawanda Muyeye produced a glorious opening partnership of 176 – the home side’s best of the season.

The runs continued to flow down the order and Kent collected maximum bonus points, putting them mathematically beyond the reach of Warwickshire following their early declaration against Hampshire.

Day two of this match was billed as Stevo Day in honour to Kent stalwart Darren Stevens, who leaves the club this…