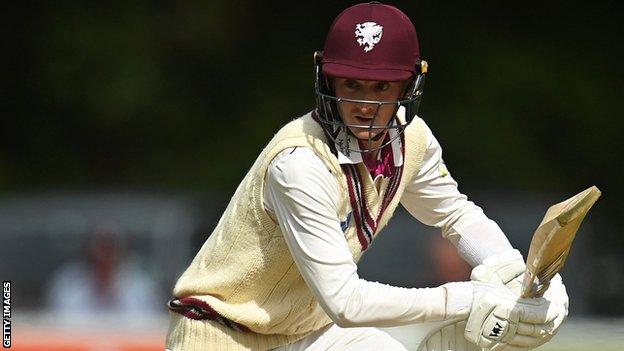 Nathan Gilchrist boosted Kent’s survival hopes with 5-55 to leave Somerset 195-9 at stumps on day one of their County Championship clash at Canterbury.

Lewis Goldsworthy was unbeaten on 93, after almost single-handedly helping the visitors recover from 9-3.

Craig Overton was the next highest scorer with 30 and his stand of 65 with Goldsworthy for the sixth wicket looked to have steered Somerset out of danger, until Gilchrist produced a spell of three for nought in nine balls.

Gilchrist was on a hat-trick when bad light and rain stopped play at 17:07, while Matt Quinn has 3-32.

Heavy overnight rain delayed the start at the Spitfire…