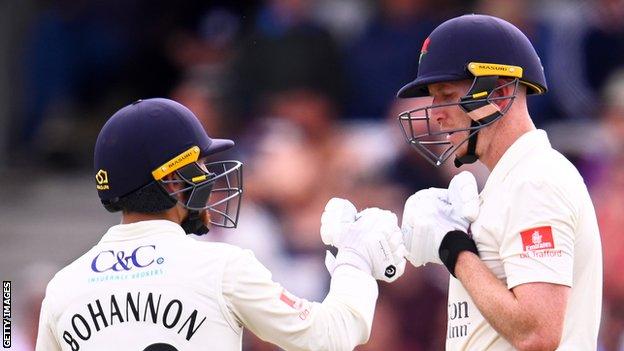 Luke Wells hit his maiden Lancashire century as the visitors got themselves into a strong position at Taunton.

The hosts got back into it, but Steven Croft (71) and Tom Bailey (54 not out) combined for a stand of 95 before Croft was out just before the close.

With these two sides in fifth and sixth in the table at the start of play, victory looks essential to either win the County Championship or finish in the top two to claim a spot in the Bob Willis Trophy Final at Lord’s.

The Hundred: London Spirit’s Deandra Dottin on her Olympic dream