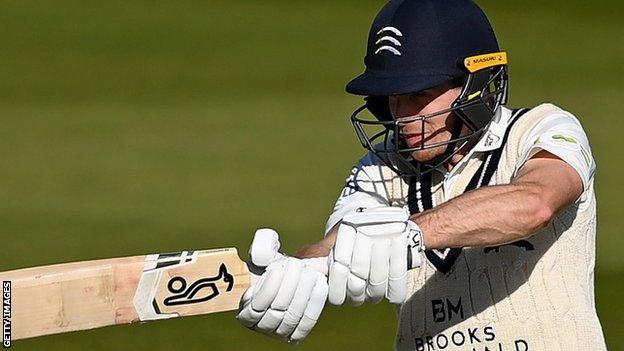 Robbie White recorded his fourth half-century of the season to rescue Middlesex’s first innings in the face of some fine Gloucestershire bowling.

Gloucestershire bowled tightly and accurately at Lord’s, and skittled Middlesex late on for 210.

In reply, Chris Dent was run out after a horrendous mix-up with Kraigg Braithwate as they closed on 19-1.

White is yet to register his maiden first class century, and will have to wait a little longer to surpass his best of 99, after he ran out of support.

His most meaningful partnerships came in 39 and 42-run stands with John Simpson and Martin Andersson, but neither could go on after getting a start.