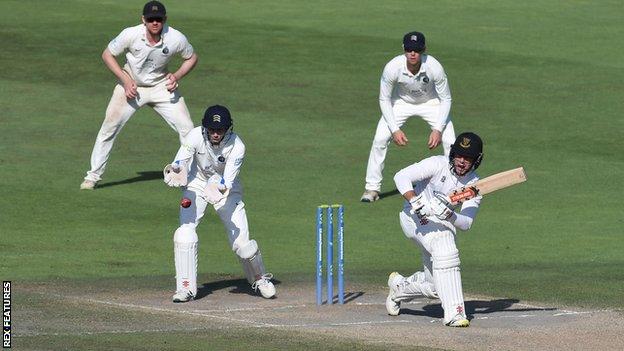 Tom Haines became the first batsman to pass 1,000 Championship runs this year but could not stop Sussex from falling to a heavy defeat against Middlesex.

The hosts resumed at 88-3 on the final day at Hove, still 269 runs behind Middlesex’s first innings total.

Haines added 87 to his career-best 156 from the first innings before being caught off Luke Hollman (5-90), who completed a first 10-wicket match haul.

Sussex were dismissed for 303 as the visitors won by an innings and 54 runs.

County Championship: Rain as soon as once more hampers play between...