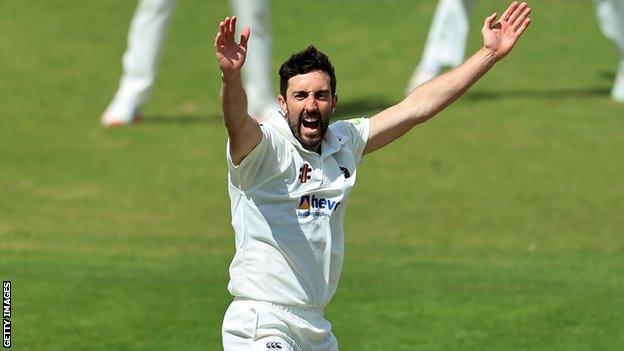 Gareth Berg and Ben Sanderson tore through Sussex’s top order once again to put Northants on course for victory.

The pace duo, who took five wickets apiece on day one, reduced Sussex to 68-4 in their second innings.

Resuming on 66 overnight, Zaib quickly advanced to three figures as he and captain Rossington extended their sixth-wicket partnership to 198.

The pair were eventually separated on the stroke of…