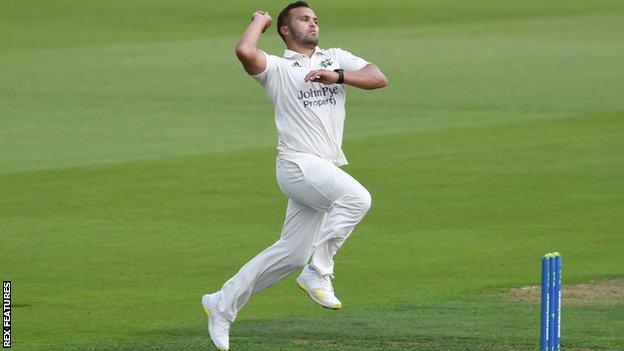 Division One leaders Nottinghamshire claimed maximum bowling points but lost a key wicket late on day one against second-placed Hampshire.

After winning the toss and batting on a green-tinged pitch, Hampshire struggled with only Nick Gubbins (54) offering much resistance in their 226 all out.

Dane Paterson took 3-52 for Notts, including his 400th first-class wicket.

Notts were 29-1 at stumps, 197 behind with Haseeb Hammed – a late call-up after England duty – out for two.

Going into the penultimate match of the season with a 10-and-a-half-point lead over Hampshire and Yorkshire in the race for the County Championship title, Notts’ attack made the most of the bowler-friendly surface…