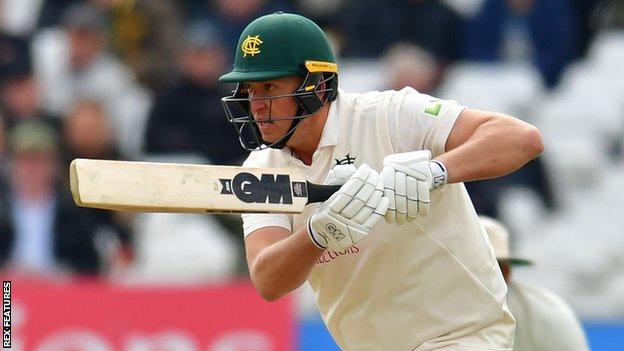 James Pattinson took the bowling plaudits as Nottinghamshire dominated on day two of their County Championship clash with Middlesex.

The former Australia fast bowler had just six wickets from his two outings this term prior to the trip to Lord’s but returned 4-49 as the hosts were shot out for 195 to trail by 220 runs.

Pattinson’s sterling effort came in the wake of a thrilling 50 at number 11 for Luke Fletcher, which lifted Nottinghamshire to 415 and maximum batting points despite 4-64 for Toby Roland-Jones and six catches for wicketkeeper John Simpson.

Nottinghamshire elected not to enforce the follow-on, with Fletcher’s earlier heroics seeing him promoted…

Racism in cricket: Essex fined £50,000 over remark at board assembly...