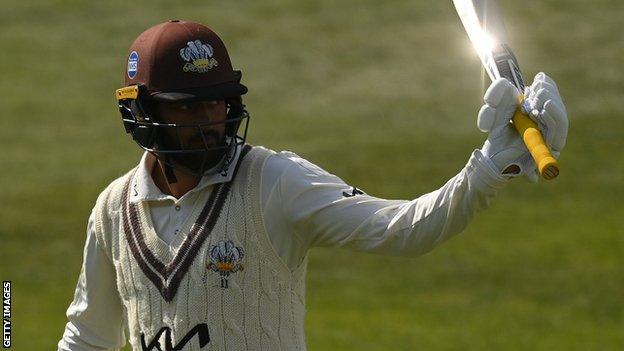 Opener Ryan Patel hit his second first-class century as Division One leaders Surrey beat Somerset by three wickets on the final day at the Kia Oval.

He was eventually caught behind off Josh Davey but Ben Foakes (48 not out) and Sam Curran (33) shared a stand of 48 as the home side triumphed at 239-7.

Foakes hit the winning boundary off Jack Brooks and showed no after-effects from his collision with team-mate Jamie Overton, which forced him to leave the field on day three.