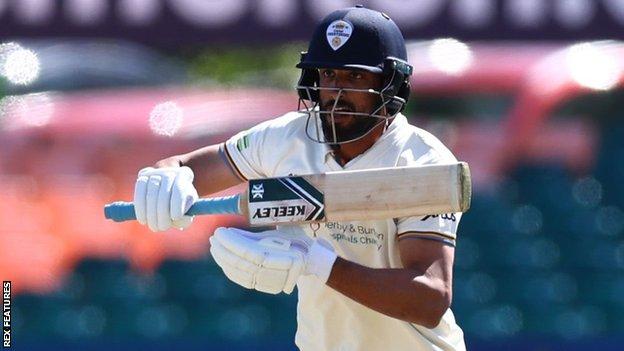 Shan Masood scored his third century of a remarkable season to stay on course for 1,000 runs before the end of May as Derbyshire dominated the second day of the County Championship Division Two match against Worcestershire.

The Pakistan left-hander made 113 from 131 balls for the hosts to take his tally to 826 with a possible three more innings to come before the end of the month.

Brooke Guest scored 77, with Derbyshire plundering 172 runs in 36 overs between lunch and tea before Worcestershire hit back in the evening session to leave the home side on 274-4, trailing by 94.

Eire v Scotland: Ladies’s sequence known as off once more as...