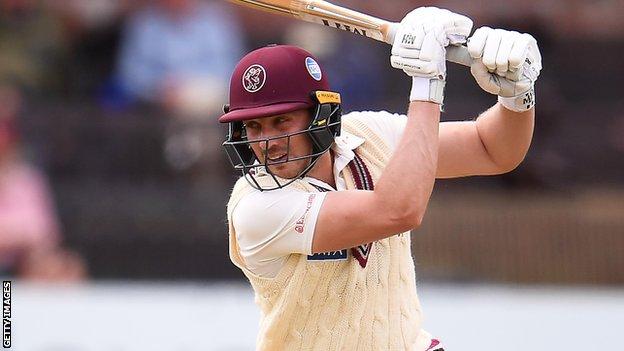 Somerset’s lower-order batsmen put them in control on day two of their match against Leicestershire at Taunton.

Marchant de Lange thrashed 75 off 63 balls and Josh Davey added an unbeaten 75 as Somerset declared on 461-9.

Lewis Hill, Rishi Patel and Marcus Harris all fell before the visitors reached 95-3 and rain brought an early end to the day’s proceedings.

Van der Merwe and Davey began the day under cloudy skies on 18 and four respectively, and they added 30 runs to the overnight total before Leicestershire took the…