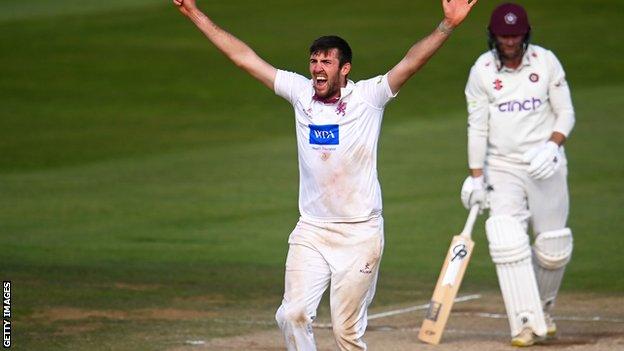 Craig Overton finished with match figures of 7-74 as Somerset guaranteed their Division One survival with a thumping 352-run County Championship win over Northamptonshire at Taunton.

The hosts began the final day by quickly extending their second innings total from 277-1 to 337-4 declared, centurions Tom Abell and Tom Lammonby falling for 115 and 110 respectively.

That set Northamptonshire a massive 462 to win, and they lost their first four wickets for 15 before being bowled out for 109.

Overton began the rout with a brilliant piece of fielding off his own bowling to run out Emilio Gay, and then claimed 2-36 to add to his first innings figures of 5-38. Josh Davey finished with 3-25.

Somerset took 22 points from the game to move into sixth…

IPL 2022: Jos Buttler hits third century of the season for...