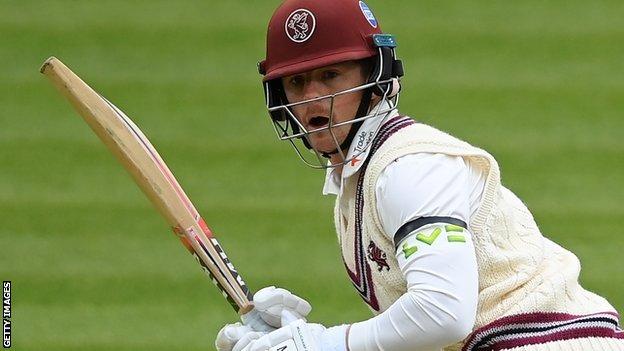 Middlesex’s County Championship game with Somerset was in the balance when rain washed out the final session.

Middlesex had resumed on 87-2 in their second innings but collapsed to 143 all out, with Josh Davey, Jack Leach and Craig Overton all taking three wickets.

Captain Tom Abell then steered Somerset’s chase at Lord’s with an unbeaten 62 as his side closed needing another 173 runs for victory.

Middlesex would have been hoping to give Somerset a much tougher target, but folded before lunch, losing their last six wickets for 16 runs.