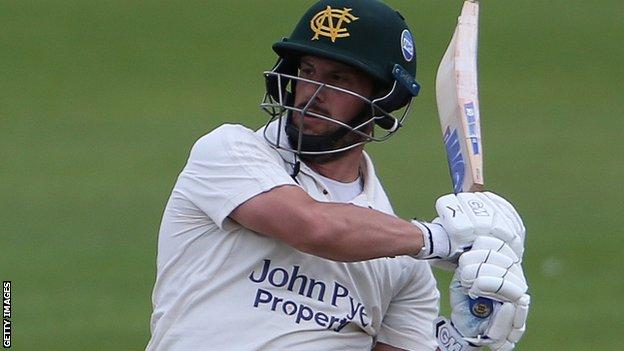 Steven Mullaney and Luke Fletcher left Middlesex facing the prospect of their heaviest losing margin by runs at Lord’s on a sobering third day of their County Championship match.

Mullaney plundered a magnificent unbeaten 55-ball hundred littered with mighty blows while Fletcher scored his second fifty of the match and Joe Clarke hit 66 not out before Nottinghamshire declared on 295-5, 515 runs ahead.

Fletcher was not done there either, ripping out both Middlesex openers for ducks among figures of two for six as the hosts struggled to 69-3 at the close.

They need to reach 216 to avoid rewriting the record books, having lost by 301 runs to Ray Illingworth’s Leicestershire at the…