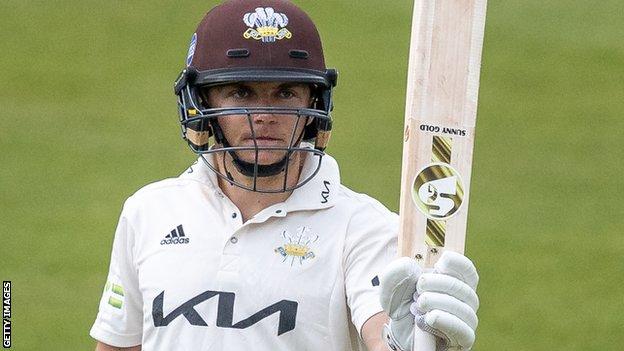 Surrey broke the world record for the highest innings score without a batter making a century after piling up a massive 671-9 declared in their County Championship match against Kent.

The Division One leaders also equalled the first-class record – seven – for the number of players making half-centuries without passing three figures as Surrey made Kent’s bowling attack toil again on day two at Beckenham.

After Ollie Pope and Ryan Patel had made 96 and 76 respectively on day one, Jamie Overton smacked 93 from 92 balls, Ben Foakes made 91, Sam Curran 78, Colin de Grandhomme 66 and Jordan Clark 54 not out for the dominant visitors, for whom Dan Worrall also made an unbeaten 44.