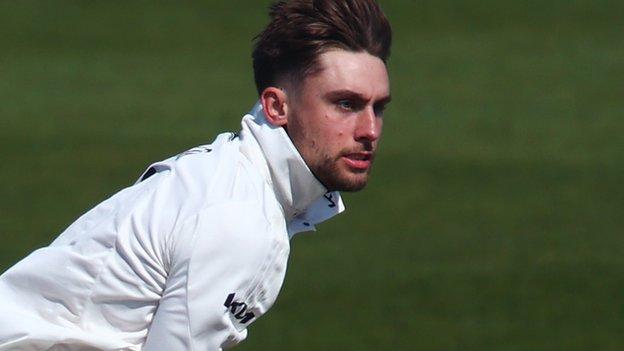 Kent are battling to save their County Championship match with Surrey at Beckenham, having reached 82-1 in their second innings at stumps on day three.

The hosts are still 359 behind the Division One leaders’ total of 671-9, but Zak Crawley and Ben Compton batted through most of the evening session after Kent were forced to follow on.

Will Jacks bowled Crawley for 35 in the penultimate over of the day, but Compton is unbeaten on 47, alongside side nightwatchman Matt Milnes, who is nought not out.

Earlier Jacks took his best first-class figures of 4-65, as Kent were dismissed for 230 in their first innings, while Jamie Overton took 3-33. Ollie Robinson’s was…

Alex Wakely: Northamptonshire batsman retires from all types of cricket