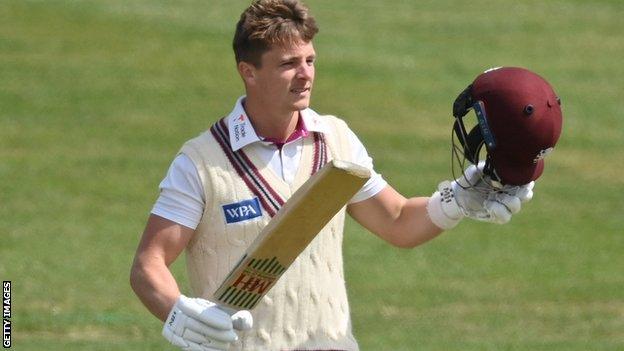 The visiting skipper took his run tally in his last four knocks to 415 with a measured 142, made from 246 balls with 17 fours and a six, as his side took their first-innings total from an overnight 319-4 to 591-7 declared.

Lewis Gregory contributed a sparkling 89 at a run a ball, hitting 10 fours and four sixes, and by the close Gloucestershire had struggled to 119-4 in reply, with England’s Jack Leach claiming 3-29 from 13 overs.

Any hope the hosts had of a flurry of…