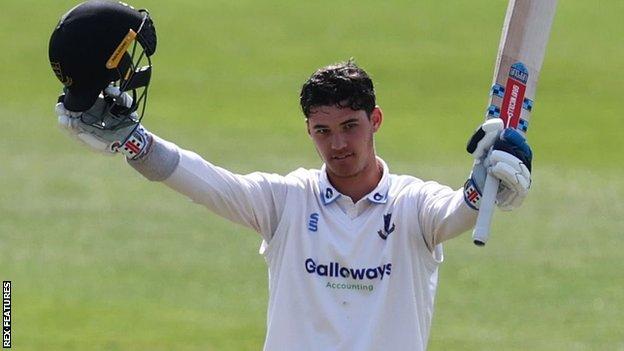 A fine century from Tom Clark helped Sussex overcome a rare failure on the part of Cheteshwar Pujara and establish a dominant position in their County Championship game against Leicestershire at the UptonSteel County Ground.

It was Clark’s second century of what is proving a breakthrough season for the 21-year-old from Haywards Heath.

Only five wickets fell during the day as the pitch flattened in almost unbroken sunshine, but with two spinners in the side, Sussex, who finished on 386-6 with a first-innings lead of 176, will be hopeful it starts to take turn when they attempt to bowl Leicestershire out for a second time.