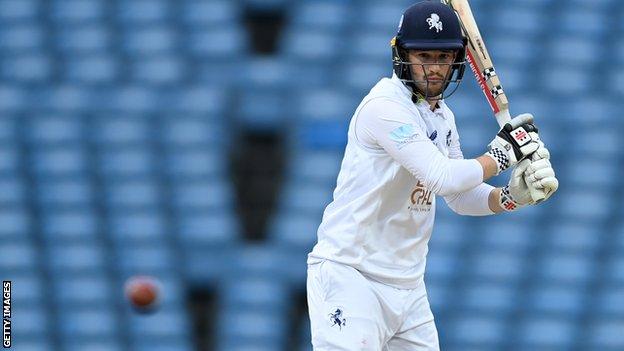 Yorkshire were denied the opportunity to chase 114 in the final 21 overs of a pulsating final day by bad light as Kent secured a County Championship draw at Headingley.

Kent looked to be in safe waters at 384-6 in their second innings, a lead of 104 and time running out.

But Yorkshire captain Steve Patterson inspired a burst of four wickets for nine runs in 24 balls. He claimed three of them to finish with 5-54 in 29.3 overs, only for the 38-year-old’s return to go…