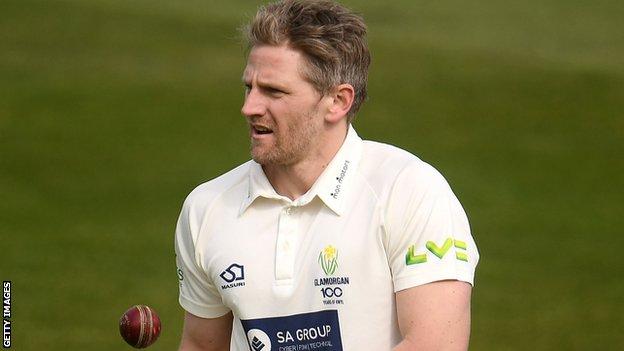 Timm van der Gugten bowled Glamorgan into a strong position as Nottinghamshire reached 224 for eight, a lead of 147 runs.

Ben Duckett was again the home hero with 95 but he could not find enough support.

The Division Two favourites will have to work hard in the fourth innings on a good batting pitch.

Duckett again held Nottinghamshire together as he tries to remind the England selectors of his claims, more than five years after his last Test.