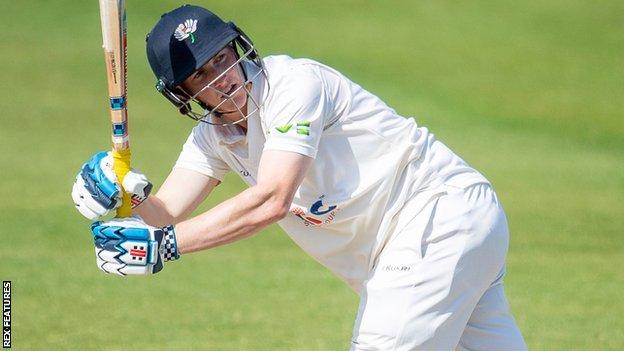 Following on, Yorkshire started their second innings at 11:50 BST on day four, 187 runs behind with a minimum of 85 overs remaining.

Adam Lyth, Dawid Malan and Root fell inside the first 22 either side of lunch, the latter two to Anderson as the score fell to 45-3. But Harry Brook’s excellent summer continued with an unbeaten 82 off 157 balls, helping Yorkshire reach 169-6 from 78 overs to seal the draw.

On the way to 2-17 from 15 overs, on-song Anderson ripped out Root’s middle and off stumps…