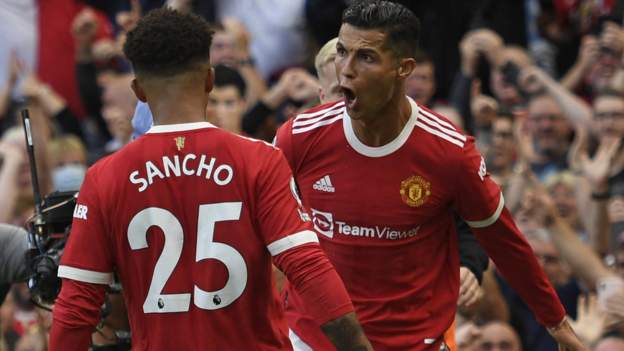 A full hour after referee Anthony Taylor had blown the final whistle on Cristiano Ronaldo’s two-goal return to Manchester United, the euphoria around Old Trafford was still hard to escape.

Hundreds of fans opted not to leave the stadium until the club answered their demand and brought Ronaldo out for his TV interview commitments.

His acknowledgement triggered more cheers and another airing of the ‘Viva Ronaldo’ chant it had been impossible to escape around the stadium from mid-morning.

Outside, a supporter, well into his 20s, showed off to a mate by attempting the Portuguese’s distinctive spin celebration.

These moments, and indeed those that followed on the pitch a few hours later, are the reason Manchester United swooped to re-sign the Portugal captain.

The effort from so many senior figures to get Ronaldo back to the club from Juventus – and keep him out of Manchester City’s clutches – was not really with a home win over Newcastle in mind.

But the joyous spin-off from victory against…