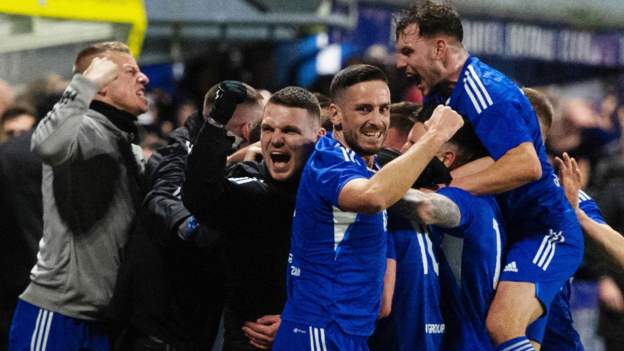 Jordan Kirkpatrick’s first-half shot on the spin at Recreation Park deflected past Joe Lewis to put Darvel on course for a last-16 tie with Falkirk.

But, remarkably, the West of Scotland Premier Division leaders held on.

Aberdeen forward Duncan – starting in place of top scorer Bojan Miovski – was involved in four attacks in the first seven minutes, letting Darvel defender Chris McGowan know he would be in for a busy evening.

Lopes received Duncan’s cross on the penalty spot but his effort on the turn was blocked, then the 19-year-old attacker hit a shot into the side-netting, won a corner with Aberdeen’s next attack and curled an…

Scotland’s papers: ‘Do not delay freedom day’ and warning pleas