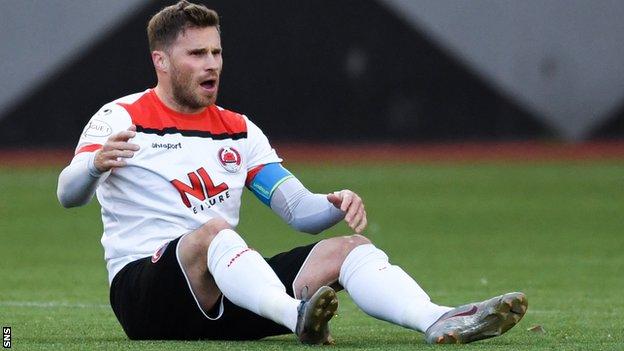 The entire playing squad and general manager of Clyde’s women’s team have quit the club after the men’s side re-signed David Goodwillie.

And North Lanarkshire Council – who own the club’s stadium – say they will not renew Clyde’s lease when it expires in May 2023 and will end it sooner if the club allow Goodwillie into Broadwood.

The striker, who was judged in a civil court in 2016 to be a rapist, this week returned to the part-time Scottish League 1 club after a backlash met his January move to full-time Raith Rovers.

Rovers said the 32-year-old would not play for them following several high-profile sponsors and board members leaving in protest and loaned him back to Clyde – where he spent five years.

However, the former Scotland international’s return to Broadwood has now sparked more anger.