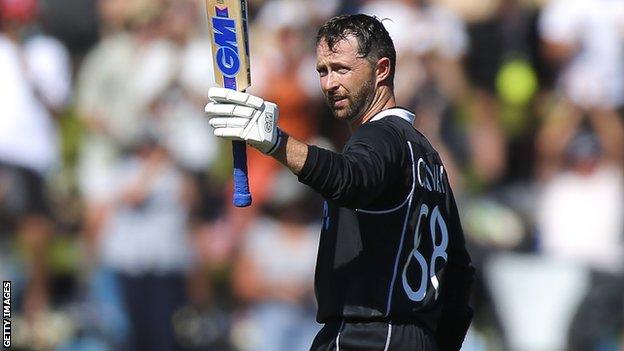 New Zealand have included uncapped trio Devon Conway, Jacob Duffy and Rachin Ravindra in their squad for two Tests against England in June.

Seamer Duffy, 26, has featured in one T20, while spin-bowling all-rounder Ravindra, 21, could become the youngest Black Caps Test player in eight years.

The first Test is at Lord’s on 2 June, with the series ending at Edgbaston.

New Zealand, ranked number two in the world, have named a 20-man party that will be cut to 15 for the World Test Championship final against India in Southampton, beginning on 18 June.

Kane Williamson, ranked as the number one Test batsman in the world, leads the side but his involvement and that of a number of other players will depend on their Indian Premier League commitments.