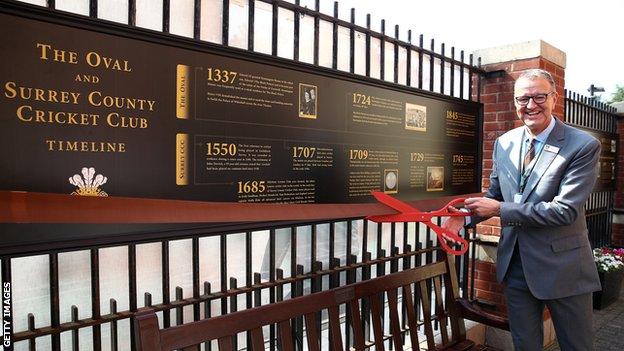 Surrey chair Richard Thompson has been named as the next chair of the England and Wales Cricket Board (ECB).

Thompson, who starts his new role on 1 September, has agreed a five-year term.

Ian Watmore left the role in October after serving only 13 months of an intended five-year term, with Martin Darlow standing in as interim chair.

Thompson, 55, has pledged to “restore the trust” from communities in which the ECB has “fallen short” – and give cricket “a fresh start”.

His appointment follows a number of racism scandals in the sport.

“Cricket has given me the chance to meet an incredibly diverse range of amazing people,” said Thompson.

“Their passion, endeavour and love for the game is what I want to harness, to take our game forward, to new heights across England…