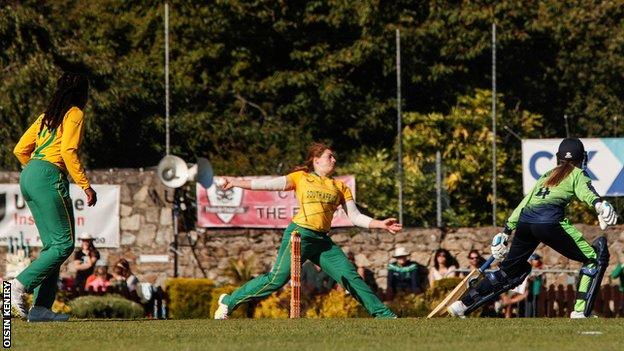 A half century by Lara Goodall helped South Africa level the T20 series against Ireland at 1-1 as the visitors earned a dominant eight-wicket win to set up a decider on Wednesday.

After their surprise 10-run victory on Friday at Pembroke, the hosts were restricted to 106-7 in their innings.

While skipper Gaby Lewis top-scored with 31, their total was below par.

With Goodall’s 52 including eight boundaries, the visitors reached a winning target of 107-2 in 15 overs.

Tazmin Brits departed for 15 in the third over at Pembroke after being bowled by Arlene Kelly to leave the South Africans on 29-1, but fellow opener Goodall then produced a 72-run partnership for the second wicket with Anneke Bosch.