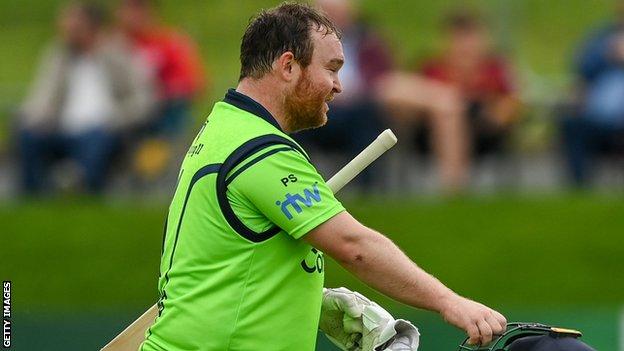 Ireland move into an unassailable 3-1 series lead after defeating Zimbabwe in the fourth Twenty20 match between the sides at Bready.

Kevin O’Brien led Ireland’s batting charge with 47 as Paul Stirling and captain Andrew Balbirnie hit 39 and 37 respectively to leave the hosts on 174.

Mark Adair took a T20 career-best 4-23 with the ball as Zimbabwe fell 64 runs short in their chase.

The fifth and final ODI takes place on Saturday at Bready.

After hitting a superb century on Wednesday, the in-form Stirling moved past England’s Eoin Morgan and into sixth place in the all-time T20 run standings with 2,635 runs, with India’s Virat Kohli leading the table on 3,159.