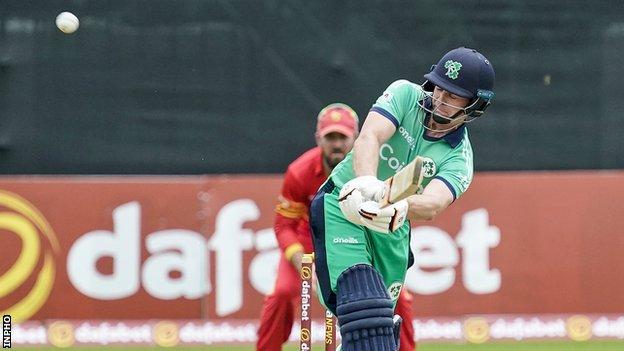 The second of three one-day internationals between Ireland and Zimbabwe at Stormont has been abandoned because of persistent rain.

Ireland completed their 50-over innings with a total of 282-8, opener William Porterfield top-scoring with 67 and Harry Tector contributing 55.

The rain began to fall before Zimbabwe could begin their reply and the match was abandoned at 17:15 BST.

Zimbabwe won the first match, with the final game to be played on Monday.

The three matches are part of the World Cup Super League, with Ireland winning just three of their 14 games so far.

Both teams will be awarded five points following Friday’s abandonment in Belfast.

World Cup hosts India and the top-seven sides will qualify for the 2023 tournament, while the remaining five teams will vie for two places in a qualifying…