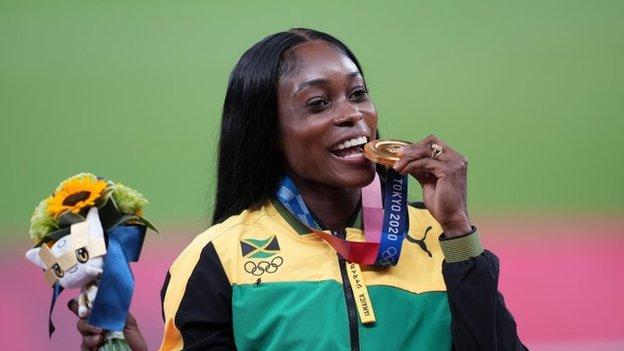 Thompson-Herah, the fastest woman in the world, was blocked on Tuesday for sharing videos from her 100 and 200 metre races on her Instagram account.

Her access to the app was reinstated several hours later.

There are strict copyright restrictions on sharing content from the Games online.

Thompson-Herah said on Twitter that she was blocked from accessing her account because she posted videos that she “did not have the right to do so”.

A spokesperson for Facebook told Reuters news agency that while the content had been removed, the suspension had been wrongly applied.

This is because a set number of broadcasters…

When will the housing market cool off? The insanity reveals no...