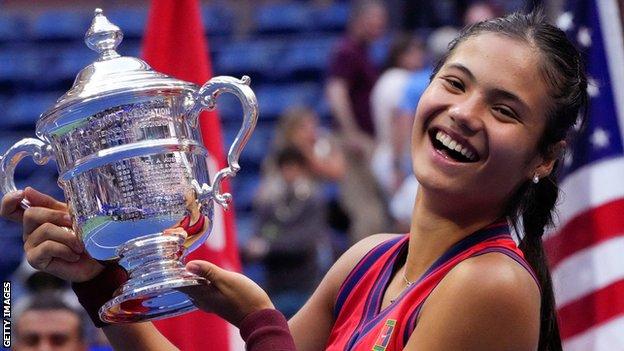 This sporting year seemed destined to be special – and Emma Raducanu’s fairy tale in New York writes an unforgettable new chapter in the story of 2021.

Bookmakers responded by making Raducanu favourite to become the first woman since equestrianism’s Zara Phillips 15 years ago to be the BBC Sports Personality of the Year.

It was talked about so much that “BBC Sports Personality” became a trending term on social media.

The award is decided by a public vote in December after an expert panel has announced a shortlist, but here are some of the leading names in the frame.

Emma Raducanu – Ranked 361 in the world in June, she passed her A-levels in August and became a major tennis champion the following month.

Tom Daley – Ended his long wait for an Olympic diving gold medal with an emotional victory alongside Matty Lee in the synchronised 10m platform event in Tokyo.