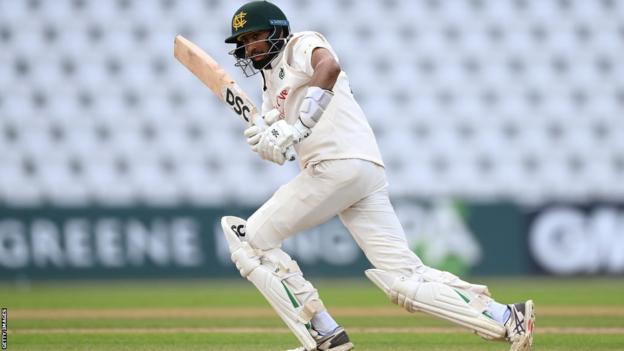 England’s spin bowlers fought back to stay in control of their warm-up fixture against England Lions, despite Haseeb Hameed’s fine century.

And the batters continued to dominate on the second day when Hameed and Haines cashed in on a flat pitch with short boundaries at the Tolerance Oval, against an England attack that included James Anderson and Ollie…