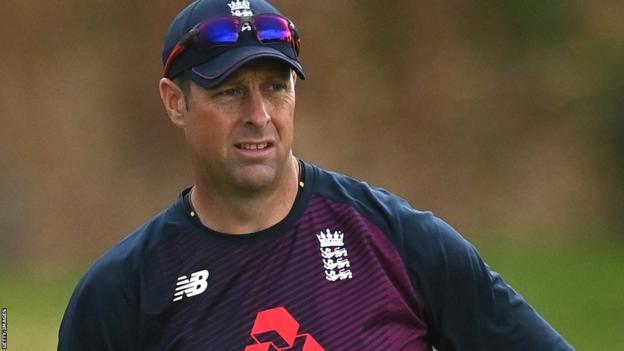 Former England batsman Marcus Trescothick is among three ‘elite’ coaching appointments made by the England and Wales Cricket Board.

The three will work across all England men’s teams, from age-groups to the Lions and senior sides.

Trescothick leaves his post as Somerset assistant coach to effectively replace Mark Ramprakash, who left in 2019.

England have used several short-term consultants since then, including former South Africa all-rounder Jacques Kallis on this winter’s tour of Sri Lanka and ex-England batsman Jonathan Trott during the current series in India.

Patel and Lewis are currently in India, with Lewis helping…