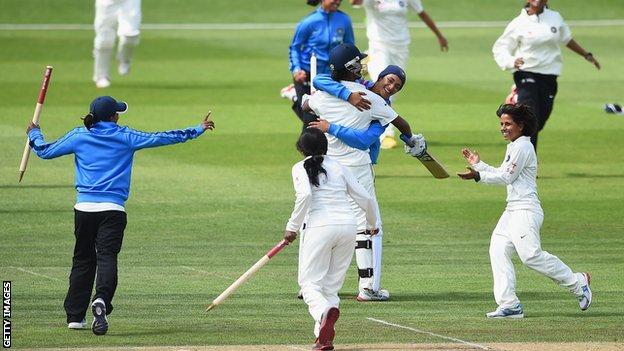 England will play India in a one-off Test this year, says the Board of Control for Cricket in India.

India have not played a Test since they beat South Africa by an innings and 34 runs in November 2014.

England play a Test every two years as part of the multi-format Women’s Ashes series against Australia.

BBC Sport understands it is likely the Test against India will take place, with the details currently being worked through.

England won their one-day and Twenty20 series in New Zealand that finished on Sunday, but the England and Wales Cricket Board (ECB) has yet to confirm the summer international schedule.

England and Australia are the only women’s sides to have played a Test since August 2015, with most international series consisting solely of limited-overs matches.

One of the main issues with women’s Tests has been the pitches, which have often been flat and not conducive to exciting cricket.

County Championship: Leicestershire get foothold at Middlesex after Davis wickets