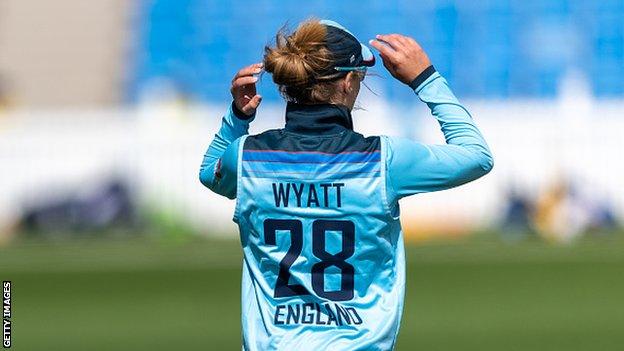 England have recalled Danni Wyatt and Mady Villiers to the 14-member squad for the Vitality IT20 series against India, which begins in Northampton on Friday.

Kate Cross and Lauren Winfield-Hill are left out and will return to domestic competition at this weekend’s Charlotte Edwards Cup.

England lead the multi-format international series 6-4 with each IT20 worth two points. India won the third ODI by four wickets.

Head coach Lisa Keightley is positive about the upcoming series, but keen to see improvements from their last ODI defeat to India.

She said: “We’ve played some good cricket across both the Test and ODIs and we’ve named a strong squad for the IT20 series. It’s 6-4 in the multi-format series and it’s a series we’re pushing hard to win.