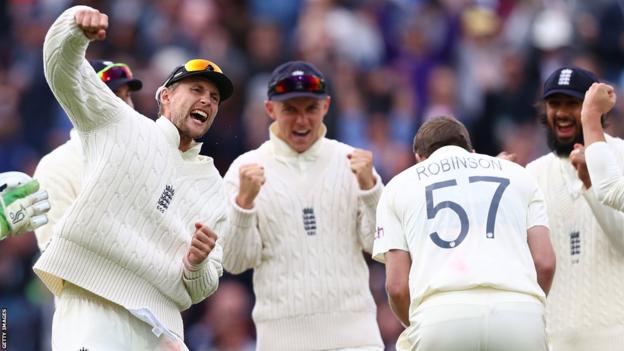 Captain Joe Root has challenged England not to take their “foot off the gas” in the fourth Test against India.

England recovered from a 151-run defeat in the second Test at Lord’s to romp to an innings victory inside four days at Emerald Headingley in the third Test.

“We need to get in front of the game and just keep driving the game forward like we did at Headingley,” Root told BBC Sport.

The five-Test series, level at 1-1, resumes at the Kia Oval on Thursday.

“We’ve got to use it as a bit of a template moving forward,” said Root.