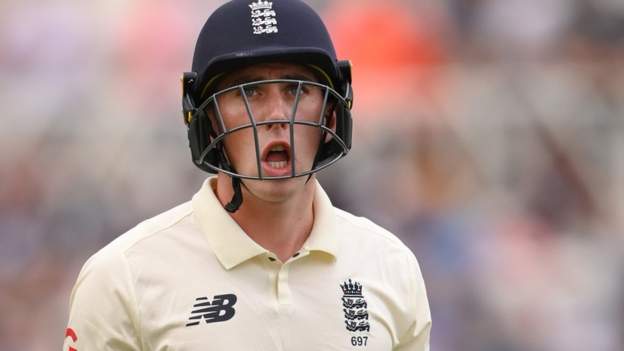 England batters Dom Sibley and Dan Lawrence are “out of their depth” in Test cricket, says former captain Michael Vaughan.

The hosts were shot out for 183 on the first day of the opening Test before India reached 21-0 at Trent Bridge.

Opener Sibley made 18 off 70 balls, while number six Lawrence fell for his third duck in four Test innings.

“Sometimes you have to look at players and ask if they are good enough at this level,” Vaughan told BBC Sport.

“Dom Sibley doesn’t offer a great deal – he can’t give you that counter-punch.

“Dan Lawrence is young and may come back, but while he has that technique, when he first goes out there you hide behind the curtains. You’re not sure what he’s trying to achieve in the first 20 balls.

“They are two players that look a little bit out of their depth.”

Warwickshire’s Sibley, 25, has managed one score in excess of 50 in his past 13 Test innings.

Lawrence, the 24-year-old from Essex, made 81 not out in England’s previous Test – a defeat by New Zealand -…

England and West Indies develop the variety of matches to be...