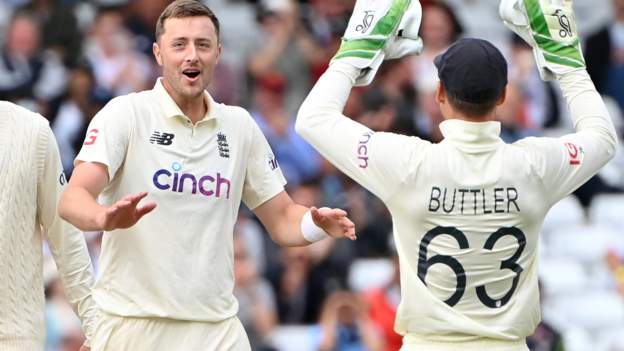 Ollie Robinson’s maiden five-wicket haul continued England’s resurgence in the first Test against India – but the hosts’ sloppiness in the field cost them on day three at Trent Bridge.

Robinson, playing in his second Test after the discovery of offensive historical tweets overshadowed his debut, took 5-85 and James Anderson 4-54 to dismiss the tourists for 278.

However, England dropped two catches and missed four clear run-out opportunities to go with a drop and a squandered run out from day two.

One was particularly costly. Ravindra Jadeja should have been run out on four, going on to make a valuable 56.

He added 60 for the sixth wicket with KL Rahul, who was dropped for a second time by Joe Root on 78, only to be dismissed six runs later for 84.