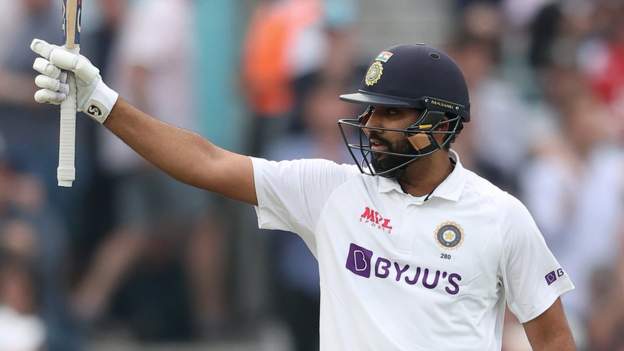 Rohit Sharma’s imperious century gave India the edge over England after three days of a fascinating fourth Test at The Oval.

Rohit was commanding in making 127 – his first Test hundred outside India – leading the way as the tourists reached 270-3, a lead of 171.

He added 83 for the first wicket with KL Rahul, then 153 for the second with Cheteshwar Pujara, who was impressive for 61.

Rohit benefitted from being dropped for the second time by Rory Burns, the man who also missed the chance to catch him on the second evening.

England found some inspiration with the second new ball – Ollie Robinson removed both Rohit and Pujara in the same electrifying over.

However, Virat Kohli arrived to calm the situation with Ravindra Jadeja. Kohli had 22 and Jadeja nine when bad light ended play with 13 overs still to bowl.

In a series that has been…