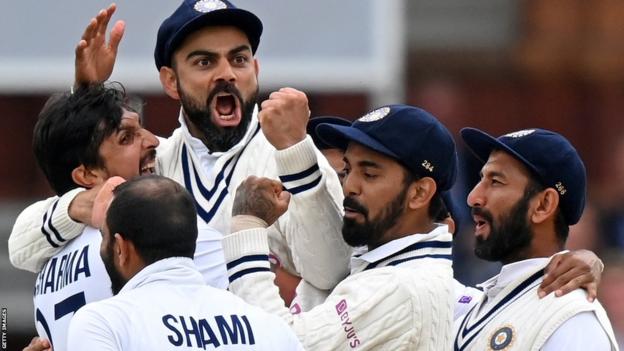 Captain Virat Kohli says his India team were “provoked” by England in the second Test – and will “not take a backwards step” when they meet again at Emerald Headingley on Wednesday.

India won an often ill-tempered game at Lord’s by 151 runs thanks to a remarkable fightback on the final day.

“This team is not going to back down,” said Kohli.

“What’s said on the field and what’s done in the moment gives you extra motivation.”

Kohli did not reveal what provoked him or his players, but there were several confrontations during a thrilling match that went into the final hour.

The Hundred: Seven explanation why it’s best to watch the brand...