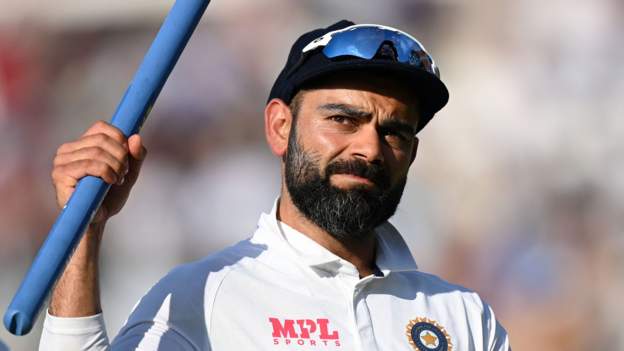 Captain Virat Kohli said India “love being written off” after they stormed to a 157-run win over England on the final day of the fourth Test.

Chasing 368 for victory or surviving the day to secure a draw, England were bowled out for 210 at the Kia Oval.

India took a 2-1 series lead – a week after they were beaten by an innings and 76 runs at Emerald Headingley.

“We’ve shown time and time again that we are a top side,” Kohli told BBC Test Match Special.

“That’s because of the belief and the passion that we have in this group.

“A lot of people after Leeds really stood up and said, ‘will India be able to come back?'”

India recovered from being bowled out for 191 and conceding a first-innings advantage of 99 to post 466 in their second innings.

Pace bowler Jasprit Bumrah struck twice in five balls in a sensational spell after lunch as England lost four wickets for six runs to slip to 147-6 on a blameless surface.

Cricket World Cup: Beating Australia can be ‘excellent’ for England –...