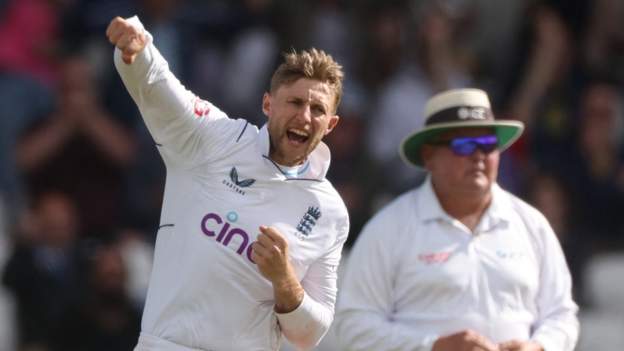 Late wickets helped England surge into the ascendancy on day three of the third Test against New Zealand at Headingley.

After Jonny Bairstow’s 162 helped the hosts gain an unlikely first-innings lead of 31, New Zealand calmly reached 125-1 to quieten a crowd roused by more England exuberance with the bat.

But the fall of four wickets for 36 runs in the final session lifted the locals once more as the Black Caps closed on 168-5, 137 ahead.

Jamie Overton had Tom Latham caught behind for 76 with the first ball after tea and, immediately after another break – this time for rain – Devon Conway was taken one-handed by Ollie Pope at short leg off Joe Root.

Matthew Potts then claimed the crucial wicket of Kane Williamson, the captain nicking off for 48, and Jack Leach had Henry Nicholls…

Championship: Northamptonshire rally as menace of follow-on towards Kent looms