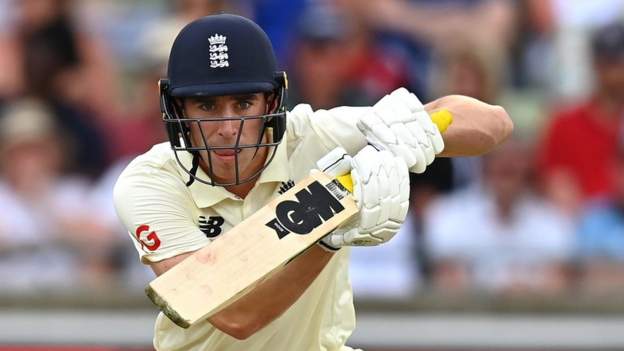 England were kept afloat by Dan Lawrence’s battling 67 not out on a raucous first day of the second Test against New Zealand at Edgbaston.

In front of a rowdy crowd of 18,000, the hosts found themselves 175-6 on a blameless pitch despite a fluent 81 from Rory Burns.

At one stage England lost three wickets for 13 runs and later James Bracey fell for a golden duck for his second nought in as many Test innings.

But Lawrence, in only his second home Test, added 47 with Olly Stone then an unbroken 36 with Mark Wood to drag England to 258-7.

A New Zealand side showing six changes from the drawn first Test exploited the hint of movement that was on offer.

All this on the day that James Anderson became England’s most capped Test cricketer, playing his 162nd match to go past the record of Alastair Cook.