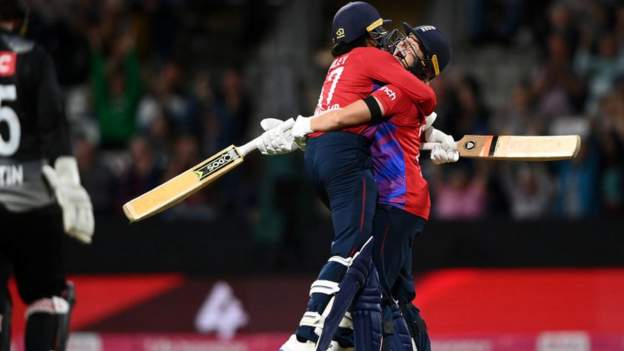 England won the final women’s Twenty20 international against New Zealand by four wickets with only a ball to spare in Taunton to take a 2-1 series win.

Chasing a target of 145, captain Heather Knight top-scored with 42 in her 200th England appearance.

When she fell with seven balls left to set up a tight finish, England still needed seven from the final over.

But Sophia Dunkley held her nerve to hit the penultimate ball for four, to win the game and finish 22 not out.