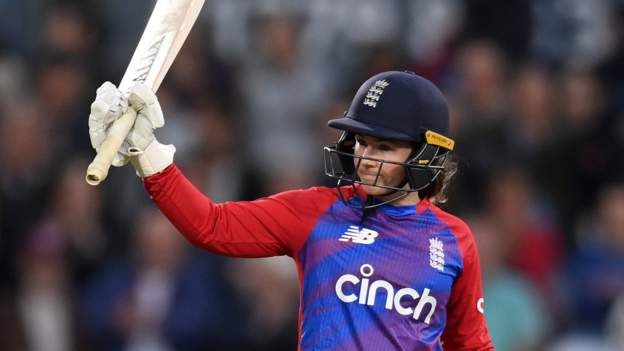 Tammy Beaumont crashed a sensational 97 as England romped to a 46-run victory over New Zealand in the first Twenty20 at Chelmsford.

Beaumont – who was dropped on 26 and 64 by Kiwis captain Sophie Devine – hit 13 fours and one six from 65 balls, as she brutally attacked a rusty New Zealand, who had not played any competitive cricket since April.

She was ably assisted by Amy Jones, who made a 15-ball 31, and Sophia Dunkley, who made an unbeaten 23, as England blasted their way to 184-4 – their highest T20 score against the White Ferns.

England, who handed a debut to North West Thunder’s Emma Lamb after captain Heather Knight was ruled out with a hamstring injury, removed both Devine and Suzie Bates in the powerplay to seize control.

From there, England shared…