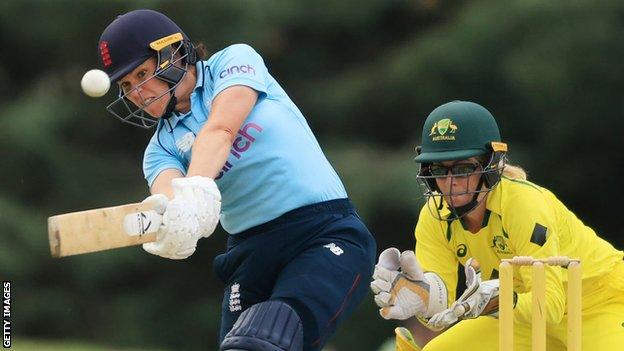 Alice Davidson-Richardson feared her England career was over at just 23 years old.

The all-rounder from Kent made her debut against India in 2018 – a sole one-day international followed by five Twenty20s against Australia.

Struggling to cement her place in a competitive side, she was awarded a rookie contract by England in 2019 but was not called up again.

But four years later, it’s time for round two.

Davidson-Richards is one of five potential debutants named in England’s Test squad to face South Africa, and she could not be happier.

“I was driving to training when I got the call to tell me I was in the squad,” she says. “I rang my mum and I was just crying.

“My mum was saying: ‘Is everything OK? What’s happened? Have you had an accident?’ I had to tell her: ‘No, it’s good news!'”

Davidson-Richards oozes confidence and positivity. She is always smiling,…