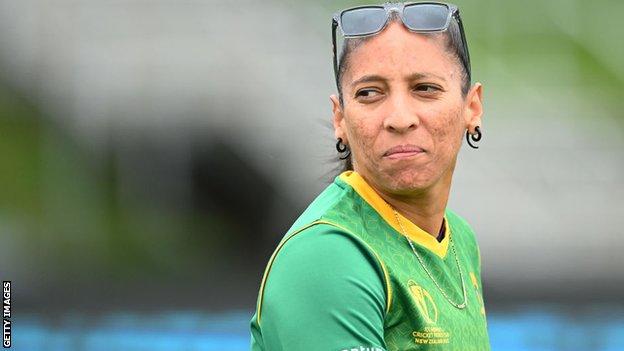 Shabnim Ismail delivers every ball with a single bloody-mindedness.

“My job is to take wickets for my team, and that’s all that matters,” she says.

As such she charges to the crease like a Viking berserker. She gathers with wicked intent and unleashes thunderbolts.

It’s worked for so far. She’s the most prolific wicket-taker for South Africa in one-day International and T20 cricket with 189 and 112 scalps in the respective formats. She’s second and third on the ICC’s bowler rankings and is a regular feature on the global franchise circuit.

For the first time in her life, however, she’ll have to temper her internal flame as she prepares to lead South Africa’s attack in the one-off Test match against England in Taunton.

“It’s definitely something I’m conscious of,” she explains. “But it will be difficult. My natural instinct is to run in and bowl as quick as I can every ball.

“I look to bowl bouncers and yorkers. I do try and set the batter up but I genuinely want to take a wicket with…